You are here: Home / Attorney Profile 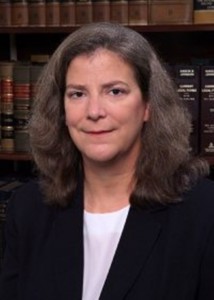 I have been an attorney for more than 32 years. My practice is limited to representing consumers who have debt issues and consumer complaints. I am a federally designated Debt Relief Agency under the United States Bankruptcy Laws. I assist people with finding solutions to their debt problems, including, where appropriate, assisting them with the filing of petitions for relief under the United States Bankruptcy Code. I also help people resolve their disputes as a mediator. I am admitted to practice at all levels of the North Carolina court system and all of the United States District Courts and Bankruptcy Courts in North Carolina.

I began the practice of law in the State of Texas in 1986. I relocated to North Carolina with my family in 1999, and became licensed to practice law in North Carolina in 2000.

My hours are flexible. I offer evening and weekend consultations.

Admitted to practice in all State, Federal and Bankruptcy Courts in North Carolina.

The contents of this site are for informational purposes only and does not constitute legal advice. Submitting a form on this site or contacting Lynn Coleman does not create an attorney/client relationship with any attorney.

Federal law requires us to state that we are a debt relief agency, because I help people file for bankruptcy.